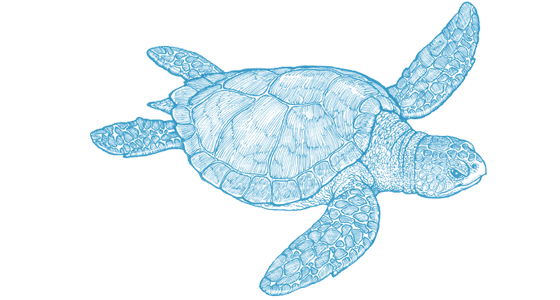 Loggerhead sea turtles are all over the place! You can find them worldwide in tropical and subtropical oceans (pretty much anywhere except the coldest ocean)