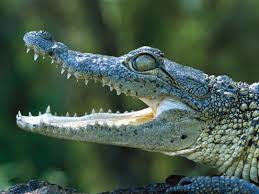 The American crocodile is a species of crocodilian found in the Neotropics. It is the most widespread of the four extant species of crocodiles from the Americas, with populations present from South Florida and the coasts of Mexico to as far south as Peru and Venezuela.
Crocodiles typically live to an age of 50 to 70 in the wild.
American crocodiles prefer smaller vertebrates as prey, but reports of attacks on people are not uncommon. CrocBITE notes that 90 people were attacked between 2008 and 2013, which resulted in approximately 20 deaths.
Who would win an alligator or a crocodile?

Crocodile: Who Would Win in a Fight? Crocodiles win the fight because they’re bigger, stronger, and more aggressive than alligators. Although the chances of them meeting are not great due to population differences and ranges, a match between these two heavyweights could happen in southern Florida
Share This