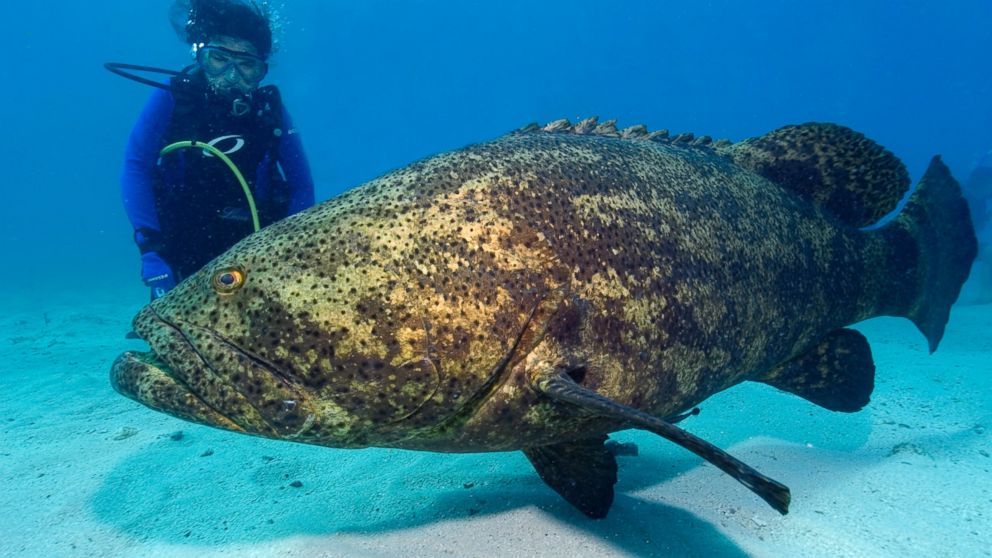 The goliath grouper is found primarily in shallow tropical waters among coral and artificial reefs. Its range includes the Gulf of Mexico and Florida Keys in the United States, the Bahamas, most of the Caribbean, and most of the Brazilian coa
They habitually eat fish, octopuses, and crustaceans. Some species prefer to ambush their prey, while other species are active predators. Reports of fatal attacks on humans by the largest species, such as the giant grouper (Epinephelus lanceolatus) are unconfirmed.

Groupers are some of Florida’s most iconic fish species. From monster Goliaths to delicious Scamps, these big bottom-dwellers are a favorite on most Floridian fishing trips

The most common Grouper we catch in the keys are Black Grouper, Red Grouper, Gag Grouper and Snowy grouper (which are found in the deep water). Sometimes we also happen to catch a Goliath Grouper, but they are protected and it is unlawful to harvest this species

The maximum known age is 37 years and scientists think they may live to 50 or even 100 years. There are several other reasons why goliath grouper are vulnerable. They are relatively slow growing and take five to seven years to
ch sexual maturity.