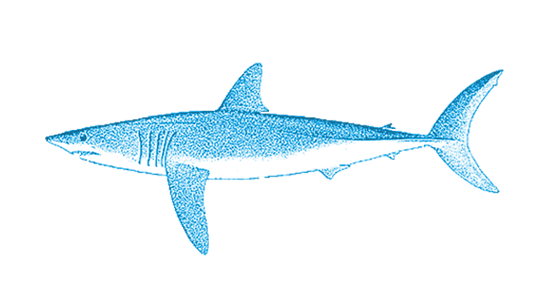 What are mako sharks known for? 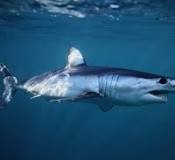 It is known for its incredible leaping ability and can be observed jumping to extreme heights (out of the water) when hunting. Shortfin mako sharks are known to be highly migratory, with individuals making long migrations every year.

The shortfin mako shark ( Isurus oxyrinchus) is found offshore in tropical and warm temperate waters of all oceans, but has been known to travel to cooler waters at times. It is very strong and the fastest known species of shark, reaching moving speeds of 31 mph (50 kph) with bursts up to 46 mph! 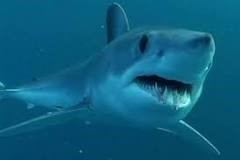 Biology. Shortfin mako sharks grow slowly, reach up to 13 feet long, and can live to be over 30 years old. They are not able to reproduce until about 8 years old (~6 feet) for males and 19 years old (~9 feet) for females. They have a 3-year reproductive cycle and a gestation period of approximately 18 months.

Mako Sharks, also called the Blue Pointer Sharks or Bonito Sharks, are two species of sharks in the Mackerel Shark family. They look very similar to their Mackerel Shark cousins the Great White Shark and the infamous prehistoric Megalodon Shark. However, Mako Sharks are a very different species of shark that have unique biological and behavioral characteristics. So here is everything you’d ever want to know about Mako Sharks:

Mako Sharks Are The Fastest Sharks In The World